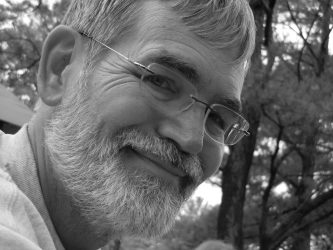 Hi, my name is Dr. Stanley Lang.  My graduate and post graduate education include Medical School at the University of Kansas School of Medicine graduating in 1978.  My residency was in Family Practice which was in Texas in Fort Worth and Wichita Falls in a program that was part of Southwestern Medical School's family practice program.   I became board certified in 1981 and have been so ever since.  I moved to PA in 1981 and have been in full time family practice since then.  I delivered babies for about 20 years total and still do an otherwise full range of family medicine although I have been practicing integrative medicine/ wholistic medicine attempting to integrate health of body mind and spirit since 1981 – so I am one of the pioneers of wholistic medicine you might say.

Since starting the X 39 patch, I have noticed is a big change in exercise ability.

I had open heart surgery for a critical aortic stenosis from bicuspid aortic valve 3 yrs. ago — at that time I also had emergent replacement of the proximal aorta because of a genetic defect that is part of the bicuspid aorta genetics. They were unable to complete the bypass and couldn't stop bleeding so transitioned the surgery to fixing the aorta then doing the valve.

After that I have had a difficult time getting back to the exercise levels I had before the valve reached severe stenosis which was about a year before surgery. While I have been able to do some exercise, I got winded much sooner than when I was younger, but after catching my breath, I could start exercising again. I also noticed something strange in my chest in the first 10 min of exercise that would not go away until I hit peak exercise.  Since starting the x 39 the strange feeling is no longer there when I start exercising!

I shaved more than 10 min off the time from the month before I started the patch. It was way better than earlier this winter. I have also noticed improved sleep and I had an interesting experience with a sinus infection and abscessed tooth got better quickly with the patch over the sinus.

I love to try to keep myself at a good fitness level that is huge for me. When I do HIIT my end points are now quite different after just a month — and it seems to be sustained– in other words the benefit does not seem temporary. My daughter and my mom also have I think reportable benefits.