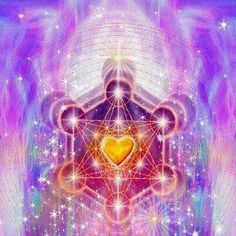 In this month’s Ask the LifeWave Doctors radio show, Dr. Dennis Lobstein teaches us how we make a Tesla Antennae using LifeWave phototherapy patches to amplify intention, support symptom relief and calm the emotions. In quantum physics we’ll be working with the heart. In that realm, we’re looking at the whole Tao. So there is no polarity, which is why we’re using the exact same patch for ALL the points in the protocols. Listen to the replay of the show here:

In making a Tesla antennae, the heart is the Emporor in commanding the body to do whatever the heart wants. The hearts energy (Fire) can reach out and command the other organs in the other elements; for example, the Liver in the Wood, Spleen in the Earth, Lung in the Metal, Kidney in the Water.

How does the Heart Command?

When you set up a Tesla Antennae, think about holding a couple of tuning forks. You want to set up a frequency coming from one of the tuning forks and the vibe goes through the air and the second one will pick up the same frequency. Now they are vibrating and resonating together. That’s called a resonance. In order to get resonance in the target area that you want to support, the heart has to send the signal. We can use the crystals in the LifeWave Patches that have frequencies within them/reflecting, put one on the area of the heart and then send those intentions and resonance out to the target area. The target area could be a challenge area of the body that has symptoms or it could be the influential points of an entire system (see below).

How does the heart work on the quantum level?

There is a vetor of electrical depolarization from the sino atrial node to the apex of the heart. The heart is actually a quantum portal to other dimensions. In the process of depolarization, there is a double helical wave, counter clockwise (inside) and clockwise (outside), as the heart muscle contracts. It’s like twisting water out of a rag. Yin on the inside and Yang rotation on the outside. That is the main merkaba of the body. That sets up Zero Point energy portal in the center. The Merkaba is the light spirit body created by opposite rotations of two super-imposed pyramids.

Every acupuncture point in the body has a torsion field spin/rotation going on, right down to the point on the other side which spins in the opposite direction. When doing acupuncture, you’re opening up a portal to another dimension in this theory.

You can take your intention and use the zero point access of the heart to make a shift/change a part of your body. One can heal with counterrotation fields. Torsion fields rotate one way on top and another way on the bottom. This happens in the chakras as well and these are known to spin in opposite directions depending on whether you are male or female according to Dr. Dennis’ observations.

How to Thread Energy Needles through Acupuncture Points

Dr. Dennis threads energy needles through the patches driving intention plus frequency of the patches through the acupuncture point, passing through the zero point energy field at which point it can capture a quantum concept, (intention), and collapse that wave into 3D reality. Then that information gets sent through the meridian filled with liquid crystal.

Acupuncture Points around the Heart

Ancestral body <—> Shen (spiritual) <—-> Qi <—-> Jing (physical). We can use our intention to specify which of these areas were focusing on. This applies to all the points. Since one patch will be one of the heart points above, you can use the second patch (exactly the same patch) on Hui meeting points, also called influential points. They are important acupuncture points that activate specific areas of the body that are involved with function and healing.

You can use Conception Vessel 15 and kidney 1 and patch all three points with Aeon patch or X39’s or any of the Y-Age patch. Then you hve a nice triangular configuration. You don’t have to concern with polarity when working in the quantum realm. You’re activating Kidney 1 bubbling spring, Yin from the Earth and harmonizing fire/water and thus helps the psyche. (Shen balance). This also tonifies Yin at the same time. Yin anchors the yang. If yin is weak, yang flies all over the place. This protocol helps you become more coherent and focus.

It’s like deguassing an old computer to make the screen more clear. You can use Kidney 9 instead of kidney 1. For example you can use Conception Vessel 15 and Kidney 9 all at once. More mental clarity. Entity clouding their vision? This may help fractured psyche or if you are feeling unable to move forward.

This also helps with though chaos, disharmony, insomnia, fractured psyche: Use Spleen 21 as the heart point and then Spleen 6 on both legs as the target point. You can use 4 Aeons for all four points. (You can add Conception Vessel 12 in the center as an extra point to great symptom of chaos.) If you want to cut down on patches, you can use Left Spleen 21, Right Spleen 6 and one on CV 12. That uses 3 patches instead of 5. You can also replace Spleen 6 with Stomach 36 if you have more abdominal and yang issues.

Marilyn – Is there a way to use frequencies in the jewelry with this spiritual protocol?

Answer: You can use both the Ascension 3 jewelry and the patches on the same intention (to amplify it) or two different ones synergistically. You can also ask your Ascension 3 jewelry to erase any subconscious need to manifest detox symptoms so that when used together with patches, you don’t experience as quick or intense healing reactions.