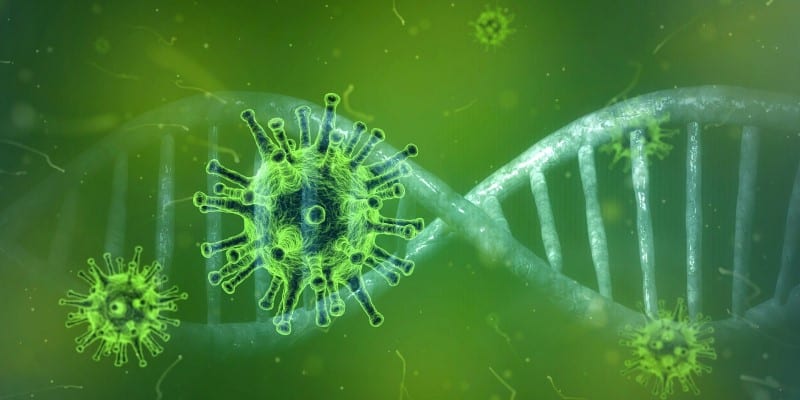 In this week's radio show, we decided to interrupt our usual programming with Part 2 of LifeWave patching protocol for supporting healthy thick hair. Because of the Coronavirus pandemic and people's concern about their immune systems, this radio show focused on the Wei Qi energy field and how to support it.

Dr. Dennis reminded us that “electroporation”, the effect of the pore size of the tissue and cells is affected by EMF radiation. If you have a voltage-gated ion channel that is disturbed with EMF radiation, then the permeability of the cells gets stressed. On a psychological level, the physiology changes can cause you to have mental issues, mental fogginess etc. 5G symptoms may include mental derangement according to Dr. Dennis.

From a western immunology perspective the largest organ of it is the skin, serving as a barrier to anything that is external including light that is hitting the body (different frequencies). The light can be held in the skin, rejected by the skin or absorbed through the skin. The less resistant areas are acupuncture points – liquid crystal water – transmit these to the cells. Cells have membrane receptors and pores that take the photons of light into the cells. There is a whole network of tubules inside cells that transmit those frequencies of light into the DNA. That gives the DNA instructions on how to operate. Dr. Karen says this is likely mediated through water.

The instructions can be helpful or harmful. Our thinking can affect (positve or negative) the frequency coming in. Some like to tap into the morphic field (blueprint) of health and some people tap into (unconsciously) the morphic field of cancer. What do you resonate with? That's what sets up the DNA. Genes don't turn on and off by themselves. Dr. Bruce Lipton has shown that the environment tells the DNA what to do.

We have white blood cells including macrophages that engulf antigen/antibody complexes (found in infections/pathogens that are inactivated). Lymphocytes from bone marrow B cells and from Thymus from called T cells. When they are working, that's called cell-mediated immunity.

We also have the spleen that filters out old cells especially blood cells, for recycling. This whole system is affected by endocrine hormones which organize immune system function. When the immune system is deficient, hypoactive, we are more susceptible to infection. Diseases include cancer and acquired immune deficiency syndrome. In some types of primary immunodeficiency, people can't make immunoglobulins and antibodies to fight infection.

Cytokines reaction attracting white blood cells released through the blood and they go to where they are needed. That would be called “damp heat” in Chinese Medicine. Positive inflammation is necessary for healing but too much can cause blockage and prevent healing.

Two different people with the same diagnosis can have completely different energy imbalances and are treated in Asian medicine completely differently. The Wei Qi field is the defensive Qi of the body. It is regulated by the Lung. The lung energy helps the Wei Qi field spread. It, however, isn't made in the Lung. In the classic text of Chinese Medicine, the spleen is in charge of defending the way. The spleen makes the Wei Qi, it is fierce and uninhibited and it flows outside the vessels.

The Wei is part of the 4 levels of heat invasion. The evil heat, Rexie, invade the body first through the wei qi field. If it is penetrated (most times it is not), then it goes deper to the Qi movement level.

Evil Qi coming in are incoherent disharmonious frequencies/energy to bodily health. The next level of protection is the Qi movement. According to the yellow emperors' classic text, Qi is a material substance, unlike the Shen which is spirit. The Qi is intermediary between Jing (physical) and Shen (spiritual). Particles vibrating at a certain frequency is considered material in this explanation.

If the Evil gets past the Qi, then it approaches the Ying level, the constitutive and nutrient level of the body. There is refined Qi inside these channels making the Ying Qi field.

If the Evil penetrates, then it gets to the final level of protection, the blood level. When this level gets depleted, then we get frenetic movement in our blood and invaders are more difficult to get rid of.

The easiest way to protect from invasion is the make sure the Wei Qi Field is intact.

Say you have wind cold that invaded and it goes to sore throat, which is heat invasion. Then instead of Jade Screen, you'd have to drain the heat from the inside from the Qi or Ying level, like the Yin Chao Zang. Or Gan Mao Ling herbal remedies if it got deeper into the lung (penetrated the Ying level). If penetrated to the blood level, then blood can leak out of its vessels, and give symptoms such as bloody sputum.

Wei Qi field is made by the Spleen Qi. The Kidney does support the Wei with energy, but it isn't made by the kidney. Kidney supports the “marrow” meaning nervous system and bone marrow (where white blood cells are made), however the Wei Qi field isn't made there. It is made in the Middle Jao between interaction of the stomach and spleen. The Wei Qi field is “made from grain (food) and water” from the classic Chinese Medicine text.

Recharge the energy and beef it up

Spread the Wei Qi around

If you have a break in the skin, then pathogens can come in. The EMF from the cell phone can disrupt the Wei Qi field. There are physiograph machines that can measure EMF on surface of the skin and you can check how balanced the meridians are and thus figure out the integrity of the Wei Qi field.

The Wei Qi completes 50 cycles over; 25x at night and 25x during the day. It is dynamic and it circles/vortexes around the body.

The whole body has pyramidal toroidal fields around the belly button. Yang above and Yin below. The one above go clockwise and the one below goes counterclockwise. Zero point energy in the center. Light Body/Merkaba is that field. When we mediate we can access other dimensions.

Those torsion fields exist on every chakra and every acupuncture point, both above and below the point so the center of that merkaba is zero point energy! If you're accessing the quantum, if your intention is focused on the zero point, you'll have a higher level effect according to the experience of Dr. Dennis Lobstein (not a LifeWave corporate claim).

Tonify the Wei by tonifying the middle Jao

Stomach 36 is a powerful command point for the abdomen.

Large intestine 4 is commonly used and drains the head of excess Yang Qi (too much energy going to the head). It is also part of the 4 Gates. When used with Liver 3, you get “4 Gates” and that is a Qi regulator including the spread of the defensive Qi.

CV17 can simulate the benefits of the Large Intestine 3 and Liver 3 (4 Gates). This one point can take the place of the four points. It is indicated for spreading the chest Qi. That means you can spread the lung qi around and thus the wei qi field around. On an emotional level, Dr. Dennis suggests that point for people who are mourning. He suggests the Carnosine patch on this point to support the grief symptoms. He has found that works best for this situation in his experience.

Wind Gate Bladder 12 and Lung Shu point, Bladder 13, are two good points for regulating spread of the Wei Qi. Wind means movement. If you're affecting these points, you're affecting the spread of the Wei Qi. You can also affect it by going to Gallbladder 20 on either side of the base of the skull in a depression just behind the attachment of the sternocleidomastoid muscle. Dr. Karen uses a single Aeon patch on GB20 when she is brain balancing sometimes to kick out excess wind.

Tonify Kidney Qi and Jing by getting to GB39 near the outside ankle. That helps support the nervous system, thymus, endocrine system and bone marrow. Place an X39 patch on right and SP6C patch on the left GB39. That strengthens the Wei Qi Field.

A good combo. For example, you can use IceWave on right ST44 and left SP9 simultaneously which breaks through blockages causing inflammation.

Marilyn – husband has a tremor in his right hand. Orthopedic doctor said it isn't related to his shoulder. He is trying X39 on his shoulder. They did it for six months. He's also used a “nerve peptide” which helped a bit. Where is the best place to patch? In TCM, internal wind causes shaking symptoms. GB20 or GV16 on the midline, helps internal wind. So use X39 on either of these points.

Lynn – her friend has been using X39 for sleep for six weeks and it isn't helping. Dr. Karen suggested the patchtrainingteam.com and get the free brain balancing protocol. We talked about EMF hygiene. She is taking over 500mg of magnesium powder nightly. They both have a childhood history of trauma. Dr. Karen suggested Oxy-Powder magnesium for constipation. Dr. Dennis also suggested experimenting with Kidney 6 (use WHITE on LEFT) and Bladder 62 (use TAN on RIGHT) to tonify rest and sedate the excitement point.

Del – In relation to the Wei Qi field. The five elements protocol he is using – will it help support the field? The answer is YES but it isn't as specific as some of the points, however you're balancing ALL the meridians and Qi. If he were to replace any of the patches with X39 because he doesn't' have Aeon, can he do that? The answer is YES. Del's patches are “tendered to the US military” and is in Coronado beach.

Dan – he has a friend going through a lot of stress and not able to digest anything. With the X39 is there a simple protocol using Aeon to help her? She can't eat vegetables. Things have to be cooked. She has a very limited diet and prolonged stress through long periods of time. Dr. Dennis said brain balance protocol and five elements and use Aeon on ST42 and SP6C Spleen 3. Dr Karen suggested X39 on CV8 belly button and Aeon brain balancing on behind right ear or top of the head (GV20). She can also try a combo of both if necessary.

Pat had a suggestion or Lynn (above) of adding Carnosine at night for sleep. She uses it with Aeon in combination.